1.  The guy could not find the place.  Called to say he was running late and could I give him directions.  I gave him directions best I could but he wasn’t understanding and seemed a bit irritated with me for not giving directions he could understand.  I asked what it said when he Googled or imputed the directions to his GPS System.  He said he had not done this, he just figured he could find it.  Got even more irritated at me and hung up on me. Why on earth would you not, before adventuring out somewhere you have not been, use a GPS or Google!  And then get mad at me when you can’t understand my directions.

2.  I arrived early, went inside to order a coffee and was at the counter when he arrived.  Now keep in mind, we already viewed pictures of one another (mine are always current, within last few months) and I was the only one in the place beside one other couple sitting at a table.  When he walked in I immediately recognized him,  waved and smiled at him.  He did not wave nor smile back …he looked at me and then looked around the room as if to look for the person he was meeting.  Okay, how did he not know that it was me?  I was the only one there waving at him and I do look like my pictures.   I found this very strange.  So then he walks up to the counter and asked if I was his date.  Still very solemn face, no smile …as if he were mad or irritated?   He ordered a beverage and asked about lunch specials.  When scheduling the date I told him that this place did not serve lunch on Saturday that it was just a coffee & dessert type of place.  He had agreed to this, no problem and said that 3pm would be fine.  I said I was sorry but thought that I had told him that we would not be eating lunch.  He said he had understood that, but that surely they would have something he could eat, he skipped lunch and was now hungry.  After complaining to the waitress that they really should have more to eat, we paid for our drinks and dessert.  He did not offer to pay for mine, which is okay, I did not mind paying for mine …but it would have been nice if he would have asked.

3.  We set down at the table and he took his gum out of his mouth and placed it on the table, while he ate, then placed it back in his mouth later.  Maybe it is just me, but do people really do that as adults?  I have seen children do this …but really an adult? Another thing I found odd and a little gross.

Okay, so three strikes and you are out! Right? Right!  It did not take long for him to make a first bad impression.  But even though I had already found his behavior not appealing, more like appalling,  I decided to continue with the date.

It went way down hill from here …

4.  The conversation was one way.  He talked about himself, but more so about his ex-wife.  And how that I and all other women were exaggerating when it came to child-birth and pain.  That no one except his ex-wife had ever endured any real pain.  When I told him that I had indeed had an awful time with my first (34 hours in labor) he argued that this could not be correct and insisted again that his ex-wife was the only one that could say that they were ever in any real pain.  Okay …whatever!

After listening to an hour of how much he enjoyed himself and how awesome his ex-wife was I said that is it …date over!  He was shocked that I was ending our date so soon and asked, “You mean that is it?”

He emailed me later and asked when we were going to go out again.  Obviously no clue how to read someone and oblivious of anything that he had done.

Happy Dating out there!  😉

Hello! Welcome to my blog. Blogging from a small town in the big state of Texas. Here I write about my experiments in life – photography, travel, relationships, food, or whatever my latest adventure might be …Some good, some bad, but all making me who I am. So come on in! Take a look around, stay awhile. I hope you enjoy Arl's World Thanks for visiting! View all posts by Arl's World

Hey Y'all! Please leave a comment. Thanks for visiting!! Cancel reply

All life is an experiment. The more experiments you make the better. ~Ralph Waldo Emerson

Hello! Welcome to my blog.
Here I write about my experiments in life – photography, travel, relationships, food, or whatever my latest adventure might be …Some good, some bad, but all making me who I am.
So come on in! Take a look around, stay awhile.
I hope you enjoy Arl's World
Thanks for visiting! 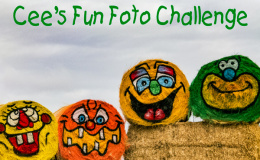